A Summer Camp for the Next Generation of N.S.A. Agents

In 2014, not long after the National Security Agency contractor Edward Snowden revealed that the N.S.A. was monitoring the phone

Federal investigators are cracking down on cybercriminals active on the allusive dark net. The Federal Bureau of Investigation (FBI) has

How KGB agents were invisible spies

For this video, we’re going to review the Deep Security Manager, Agent and Relay upgrades. We’ll cover the Readiness Check

Hackers Steal, Publish Data on Thousands of Federal Agents, Police Officers Across US

In the last week, the hacker group who goes by the name of ‘PokemonGo Team’ had uploaded the personal information 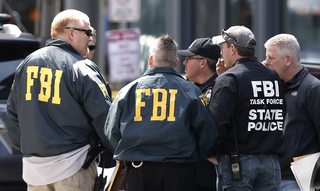