The growth in both large- and small-scale DDoS attacks continues its upward trajectory, according to a report released by Neustar.

Although, the existence of malicious applications on the Android Play Store isn’t anything new. Researchers have now discovered how these

It seems the criminal hackers have a never-ending list of ways to evade security protocols and continue phishing users. Once

Turla, a hacking group believed to be Russian-based, with a history of targeting global governments and militaries, has improved its

While dealing with Android apps, one of the common suggestions from security experts is to review app permissions. It means

A fake Flash Player trojan malware is targeting Macs with a design that allows it to evade antivirus solutions.  Dubbed OSX/CrescentCore,

A fake Flash Player trojan malware is targeting Macs with a design that allows it to evade antivirus solutions.  Dubbed

These Two Militaries are Replacing Windows OS to Evade US Hacking

US-Chinese relations are tense, especially with technology as a backdrop. The same is true of US-Russian relations. But there might

Blockchain project Polkadot’s bid for a $1.2 billion valuation has hit a snag. Since January ‘19, Web3 Foundation, a Switzerland-based

A sophisticated attack, called Malboard, in which a compromised USB keyboard automatically generates and sends malicious keystrokes that mimic the 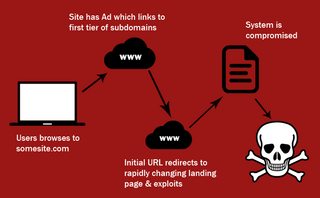 The world’s infamous Angler Exploit Kit has become the most advanced, much more powerful and the best exploit kit available