CVSS Meta Temp Score Current Exploit Price (≈) 5.1 $0-$5k A vulnerability, which was classified as critical, was found in

Australia Post's digital identification service has been accredited by the federal government under its Trusted Digital Identity Framework (TDIF), giving

Mastercard Wades Into Murky Waters With Its New Digital ID

In December, Mastercard announced that it was working to develop an international digital identity scheme which could be used as

identYwaf is an identification tool that can recognize web protection type (i.e. WAF) based on blind inference. Blind inference is being done by

This video explains how you can use the Netsparker web vulnerability scanner to identify vulnerabilities in web applications. It also 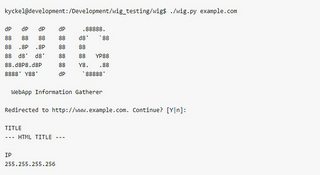 wig is a web application information gathering tool, which can identify numerous Content Management Systems and other administrative applications. It’s

Due to the lack of literature about DOM Based XSS identification tools awareness, we decided to write a paper that

HashTag.py is a Python script written to parse and identify the password hash type used. HashTag supports the identification of

Web-Sorrow is a PERL based tool for misconfiguration, version detection, enumeration, and server information scanning. It’s entirely focused on enumeration