Image: Sebastiaan Stam In 2017, a mysterious group of hackers known as the Shadow Brokers published online a data dump

Image: Sebastiaan Stam In 2017, a mysterious group of hackers known as the Shadow Brokers published online a data dump

Nuclear Power Corporation identifies malware on one of its systems

A day after it was denied that there was any cyber attack on the Kudankulam Nuclear Power Project (KNPP), the

U.S. identifies suspect in major leak of CIA hacking tools The Washington Post The U.S. government has identified a suspect

A brief history of Adobe Flash Adobe acquired Macromedia in 2005. – In 2007, Adobe introduced Flash as a way

Geo-Specific , Governance , Healthcare Many of the Problems Are Also Common in the U.S. Marianne Kolbasuk McGee (HealthInfoSec) •

Group-IB, an international company that specializes in preventing cyberattacks, has detected more than 40 000 compromised user credentials of online government services in 30 countries around

In an effort to improve security, Bromium partnered with Bugcrowd to implement a bug bounty aimed at identifying security flaws

Rohyt Belani, PhishMe CEO, gives a lesson on how to identify phishing threats. » Subscribe to CNBC: http://cnb.cx/SubscribeCNBC About CNBC: 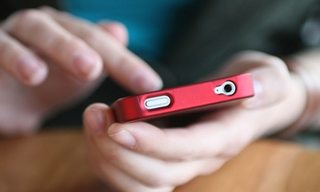 Mandrake, NSA identifies users based on how they type on their devices

According to a senior fellow for Lockheed IT, the National Security Agency has tested the use of smartphone-swipe recognition technology

Tagged with: based • devices • identifies • mandrake • their • users