An Australian bank has recently fallen victim to a cyber attack. The P&N bank disclosed a data breach that took

A researcher has discovered a critical vulnerability in Citrix products that risked thousands of businesses around the world. Exploiting the

Heads up WordPress admins! A researcher has found a critical vulnerability in the Jetpack WordPress plugin. Fortunately, a fix is

Heads up HP users! Your HP PC may have been exposed to a cybersecurity threat. Researchers have found a serious

Robocall blocking apps, such as Truecaller and Hiya, have been popular among the users. These apps not only save the

An antivirus app should ideally keep the phone safe from security threats. However, researchers have found numerous Android antivirus apps

Security vulnerabilities can affect any IT infrastructure at any time. What counts here is how vigilant a firm remains to

This week marked the release of Microsoft May Patch Tuesday updates. Once again, Microsoft patched a zero-day flaw in one

Another month, another batch of Apple security updates that users of the firm’s computers, phones, tablets, streaming devices and smart 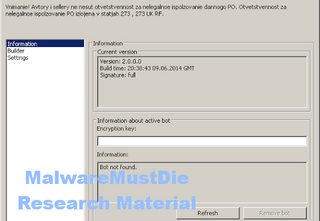 Researchers at MalwareMustDie group have discovered a KINS Malware builder leaked online, it is easy to predict a rapid diffusion