China Prepares for CBDC With Cryptography Law on Encryption Standards

How the US Prepares Its Embassies for Potential Attacks

Meanwhile, security officers at embassies in other high-threat countries will be watching closely, and likely implementing changes of their own

Bezos’s public embrace of the Pentagon comes as Amazon is challenging the award of a $10 billion cloud computing contract,

Hey, ex-Soviet state-backed threat actors, you watching? Who doesn't love a black hoodie and an over-bright laptop? Fresh from secretary-general

Ashford principal prepares for school in the wake of malware attack

ASHFORD, Ala. (WTVY) – A malware attack is delaying the start of Houston County Schools…again. (Image Source: MGN) This is

Blackout at Largest Military Base | Fort Bragg: US Prepares for Cyberattack 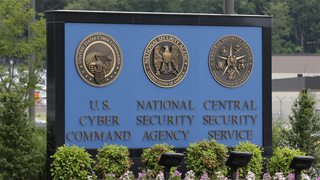 Hours after the Senate balked at reauthorizing the bulk collection of U.S. telephone records, the National Security Agency began shutting